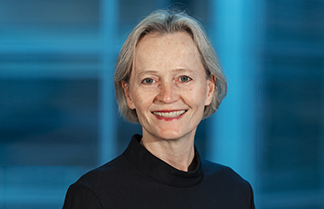 Annemarie Straathof became the EBRD’s Vice President Risk and Compliance and Chief Risk Officer in December 2019. She is a member of the Bank's Executive Committee.

A national of the Netherlands, she joined the EBRD from Rabobank Europe, based in London, where she was Chief Financial Officer.

Ms Straathof worked at Rabobank from 1995 onwards, with roles in the Netherlands, United Kingdom, United States, Indonesia and the Republic of Ireland. She began her career as an options trader in Amsterdam.

Ms Straathof has many years of experience working in risk management internationally. She rose to become Chief Financial & Risk Officer, and Deputy CEO, for Rabobank in Indonesia, and was then appointed Chief Financial Officer Europe in 2014.