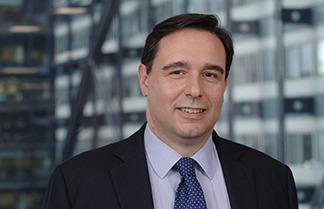 Riccardo Puliti was the Managing Director in charge of the Power and Energy and Natural Resources sectors at the EBRD until the autumn of 2016.

Mr Puliti joined the EBRD in 1996 in the Power and Energy Utilities department and moved to Natural Resources in 1998.

Mr Puliti has wide experience in emerging market economies, in both energy and infrastructure, working with the private and public sectors. He started his career at Istituto Mobiliare Italiano Group (1987), moved to Banque Indosuez Paris, and then joined NM Rothschild and Sons London before joining the European Bank for Reconstruction and Development.  MBA alumnus (IESE) and postgraduate alumnus (Kennedy School of Government, Harvard University and Imperial College). Mr Puliti holds various Supervisory Board and Board of Directors memberships, such as OMV Petrom, where he is also President of the Audit Committee, and Interrao OJSC.