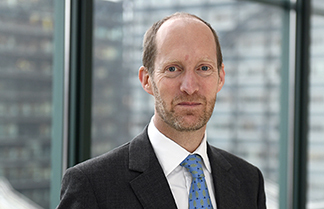 Harry Boyd-Carpenter is the Managing Director, Green Economy and Climate Action (GECA) at the European Bank for Reconstruction and Development. He took up this role in April 2021.

Mr Boyd-Carpenter is responsible for coordinating the EBRD’s work across the green economy and climate agendas, with the overall goal of meeting the Bank’s commitment to achieve a green finance ratio of over 50 per cent of annual investments by 2025. He leads a team that drives climate and green financing, policy and analysis across all economic sectors and financing instruments, as well as representing the EBRD in climate forums.

Mr Boyd-Carpenter is a British national and joined the EBRD in 2005 in the Office of the General Counsel. In 2008 he transferred to the then Power and Energy Utilities team in Banking, before becoming Director, Head of Energy EMEA in 2017 where he led the Bank’s investment activities in the energy sector in Europe, the Middle East and North Africa.

Before joining the EBRD Mr Boyd-Carpenter was an Associate in the project finance team at Allen and Overy LLP and also worked for the European Agency for Reconstruction in Pristina. He is a graduate of the University of Oxford.