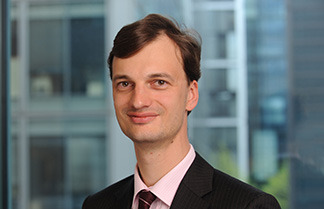 Alexander Plekhanov is a Director for Transition Impact and Global Economics at the EBRD Office of the Chief Economist.

He edits EBRD’s annual economic report, the Transition Report, and Regional Economic Prospects. He has worked on global macroeconomic issues as well as a country economist on a number of countries, including Belarus, Kazakhstan, Mongolia and Russia.

Prior to joining the Bank, Alexander worked as an economist at the International Monetary Fund.

2006 - Ph.D. in Economics, University of Cambridge

Isakova, Asel, Zsoka Koczan and Alexander Plekhanov, 2016, “How much do tariffs matter? Evidence from the customs union of Belarus, Kazakhstan and Russia”, Journal of Economic Policy Reform, Vol. 19, pp. 166-184.