The EBRD acquired a 3.6 per cent stake in AS Tallinna Sadam (Port of Tallinn) through an Initial Public Offering (IPO) on the Nasdaq Tallinn Stock Exchange. The IPO supported the privatisation of a 33 per cent share of the major infrastructure company in the Baltic states, while developing local capital markets and contributing to better corporate governance practices.

Port of Tallinn is one of the largest port companies in the Baltic states. Before the Covid-19 pandemic, it was handling around 10 million passengers and 20 million tonnes of cargo a year. In addition, through subsidiaries, Port of Tallinn provides ferry services between Estonia's mainland and its two largest islands, alongside icebreaking and maritime support services.

Before the IPO in June 2018 the company was wholly owned by the Estonian state. It is committed to sustainable development and is seeking to minimise its environmental impact, aiming to achieve climate neutrality by 2050.

The IPO of Port of Tallinn was one of the first partial privatisations through a public listing of an infrastructure company in the economies where the EBRD operates. The IPO also represented a test of the market appetite for local capital market issues. Following the issue, the government remained the majority shareholder in the company.

The key goals of the public listing were to increase the company’s transparency and efficiency and help Port of Tallinn to achieve its strategic objectives. Other aims were to provide domestic investment opportunities for Estonian private investors and pension funds, as well as increase liquidity on the Nasdaq Tallinn Stock Exchange and attractiveness to international investors.

The port is an infrastructure-type crisis-resilient business model with a balanced composition of revenues from passenger, ferry and cargo services. The company’s stable and high-dividend payment record – and commitment to sustaining this policy in the future – has been very attractive to investors.

The listing raised €147 million and was one of the largest listings in the Baltic states in recent years. It has played a crucial role in revitalising the Nasdaq Tallinn Stock Exchange, improving its liquidity and attractiveness and re-introducing Estonia and the Baltic states to the global capital market. Since the IPO, AS Tallinna Sadam has become one of the largest companies by trading volumes on the Nasdaq Baltic Stock Exchange, accounting for 40 per cent of its turnover in 2018. It also exceeded its target for retail investors’ subscriptions (almost 14,000 retail accounts against a targeted 6,000), setting a positive example of a public listing for other companies. In 2021 the Nasdaq Baltic Awards recognised the Port of Tallinn as the company with the best investor relations in the Baltic states.

The EBRD-supported public listing, one of the largest public placements in the Baltic states in recent years, showed that shares in state-owned enterprises could be successfully sold via local stock exchanges. Its aims included increasing the company’s transparency and efficiency, revitalising the local stock exchange and paving the way for future listings.

Contact the EBRD Equity team to find out more 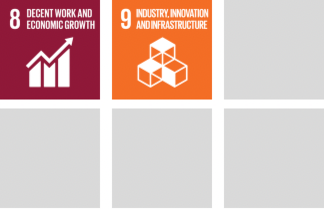 Supporting the development of local capital markets and improving the transparency and efficiency of a major infrastructure company in the Baltic states.