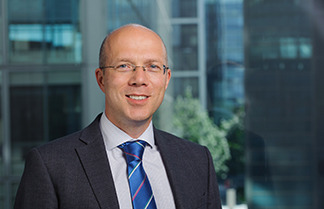 Nick Tesseyman was the Managing Director in charge of the Financial Institutions sector at the European Bank for Reconstruction and Development.

Mr Tesseyman started his career at Barclays Bank in London and originally joined the EBRD from Shorebank in 1996 to develop the Russia Small Business Fund and other small business lending programmes.

In 2000 he moved to Moscow and was appointed Deputy Director for Financial Institutions, Russia.

Mr Tesseyman left the EBRD in 2006 to join Merrill Lynch, where he was a Director in the Investment Banking department, responsible for bank relationships and M&A activity in Russia and the CIS. He rejoined the EBRD in August 2008 and left in 2018.

Nick is a UK national and graduated from Oxford University.