The independent jury of judges for the EBRD Literature Prize 2022 are: Toby Lichtig (Chair of Judges), Alex Clark, Boris Drayluk and Kathryn Murphy. Read their biographies and what they say about the Literature Prize below. 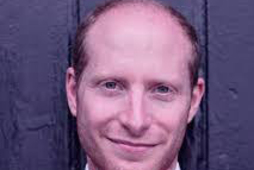 “Any prize that celebrates literature and literary translation has got to be a good thing, and the EBRD Prize is no exception. What makes the prize so unique is the swathe of territories, languages and cultures it covers, from eastern and central Europe to the Levant and Maghreb. These are regions in which the bank itself does so much good work to promote and sustain prosperity, and cultures whose rich literary traditions don’t always find it easy to gain a voice – and audience – in English. The EBRD Prize is an important corrective to this. In each of the two years in which I’ve chaired the prize, I’ve encountered fascinating and diverse authors, subjects, themes, settings and ideas entirely new to me. And it’s been a great honour to help to shine a spotlight on the best of these books, bringing them to the wider audience they deserve. Working and debating and reading with my wonderful fellow judges – and the EBRD itself – has been the most enormous privilege, from start to finish.” 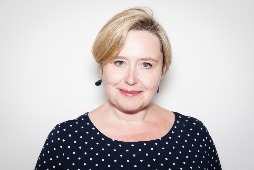 “I often reassure myself that, because I review books and interview authors for a living, I’m sure to keep across a wide range of writing. But it’s not always true - and I’m far from immune to the temptation of reading what I’m already familiar with. So I grabbed the chance of judging the ERBD prize - and I was right. Reading the submissions with Kathryn, Boris and Toby - all of whom brought different perspectives and skills as well as enthusiasm and the willingness to chat for hours on end - was a complete joy. I feel thoroughly invigorated and refreshed by it!” 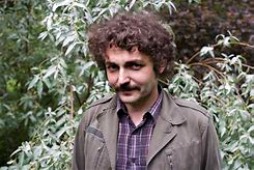 “The EBRD Prize is a gift not only for the international authors, the inspired translators, and the risk-taking presses who so richly deserve recognition for their vital contributions to our Anglophone culture, but for all readers who crave to connect with the broader world. We judges are among those lucky readers. What a privilege it is both to benefit from and to aid the cause.” 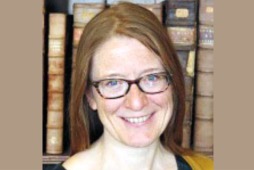 Kathryn Murphy is a literary critic and scholar who reviews Czech literature for the TLS, and is a regular contributor, both as a reviewer and essayist, to Apollo: The International Art Magazine. She is a Fellow and Tutor in English Literature at Oriel College, and an Associate Professor in the Faculty of English, University of Oxford. Her various interests include literature, theology, and philosophy in the seventeenth century; Central European literature; the literary essay; and still-life painting. Kathryn is co-editor of On Essays: Montaigne to the Present (Oxford, 2020) and a curator of the Bodleian exhibition Melancholy: A New Anatomy. Her book Robert Burton: A Vital Melancholy will be published by Reaktion in 2022.

“Judging the EBRD Literature Prize has been a joy: a chance to encounter remarkable books and characters, to read widely across languages and cultures, to learn about how the regions of the EBRD reckon with their histories, and to engage in celebratory discussions with my fellow judges. I’m left with deep gratitude for how fiction and translation invite us into new experiences, by taking local particularities of strife, suffering, and celebration, and making them legible across borders.”