Egypt is one of the 11 fastest-growing greenhouse gas (GHG) emitters globally. Only 1 per cent of the country’s electricity is sourced from non-hydro renewables. Its renewable energy potential is enormous, particularly for wind and solar, thanks to its ample land and high solar irradiation. Yet, its use of these resources has been limited to a few state-owned wind and solar farms, with the bulk of renewable energy coming from hydropower plants. In 2016, the government approved a national Sustainable Energy Strategy, which reaffirmed Egypt’s goal of meeting 20 per cent of electricity consumption from renewable sources by 2022 and 42 per cent of consumption by 2025. These ambitious targets will require significant investment and a review of the country’s regulatory frameworks.

The EBRD has been supporting the Egyptian government on meeting its renewable energy targets through a combination of intensive policy dialogue, technical advice and infrastructure investment. In 2017, the Bank launched a US$ 500 million renewable energy framework to support the construction of private renewable energy projects, including the Benban Solar Park. The EBRD provided US$ 368 million of its own financing to develop the park and helped mobilise more than US$ 476 million from co-lenders.

The Bank has also been providing technical advice to ensure high environmental and social standards are maintained at development sites. It has been working closely with the Egyptian authorities to help develop a bankable contractual framework that encourages the private financing of renewable projects and has provided technical, legal and commercial advice on structuring the wider regulatory framework for continued renewable energy development.

Through the Bank’s key policy dialogue, in consultation with other international financial institutions, the Egyptian government launched a second feed-in-tariff programme in 2016 that gave wind and solar producers the right to sell their power to the state-owned electricity company at a lower, fixed rate. The EBRD also assisted the government in developing a bankable contractual framework that was both attractive to investors and sustainable for public counterparts, both of which helped pave the way for the collaborative financing of and private participation in Benban.
The EBRD’s Benban investment has so far led to the development of 16 solar plants that will deliver 750 MW of solar photovoltaic capacity. That is more than half the total capacity of the park, the largest in Africa. In all, Benban will provide an estimated 1.5 GW of renewable energy, power 1 million Egyptian homes and reduce GHG emissions by around 1.9 million tonnes a year. On the construction side, the Bank has helped the developers and authorities to draft a solar grid code and to prepare strategic environmental and social assessments to ensure effective management down the line.

"The Benban community felt the huge effect of this project, especially when you consider the very large number of workers who were part of it and the economic growth that took place in the village." Zarifa Mostafa, Community Liaison Officer

The support underpinning Egypt’s efforts to reach its ambitious renewable energy targets is very much a collaborative effort by the EBRD, other international financial institutions, energy sponsor groups and donors through the Southern and Eastern Mediterranean Multi-Donor Account. The EBRD also led a consortium of financial institutions and potential lenders that advised the authorities on contractual frameworks and co-financing. It further mobilised US$ 476 million from co-lenders, including Proparco, the Dutch Development Bank (FMO), the Islamic Corporation for the Development of the Private Sector, the Islamic Development Bank, Industrial and Commercial Bank of China and the Green Climate Fund. 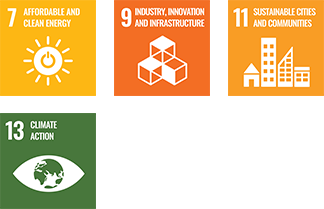 Benban will provide an estimated 1.5 GW of renewable energy, power 1 million Egyptian homes and reduce GHG emissions by around 1.9 million tonnes a year. 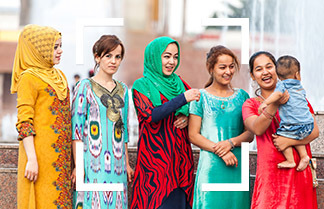