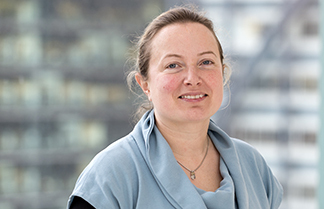 Hannah has observer status on the Bank’s Executive Committee.