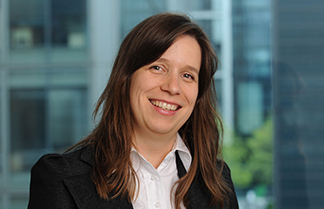 Heike Harmgart is the Managing Director for the Southern and Eastern Mediterranean (SEMED) region at the European Bank for Reconstruction and Development (EBRD).
Based in Cairo, Dr Harmgart is responsible for the formulation and delivery of EBRD’s strategy and business plan for the SEMED region currently including Egypt, Jordan, Morocco, Tunisia, Lebanon and West Bank and Gaza. She manages a team of 150 staff with an annual business volume of over € 2 billion.
A German national, Dr Harmgart joined the EBRD in 2006 as an economist. In 2013 she became EBRD’s first Head of Office in Jordan, based in Amman. She was appointed Director for the Eastern Mediterranean after EBRD expanded under her local leadership into Lebanon and West Bank and Gaza in 2017.
Dr Harmgart serves as a member of the World Economic Forum’s Global Future Council on the New Agenda for Fragility and Resilience.

She has been selected by Forbes Middle East in 2020 and 2021 as one of the 10 most powerful women in business in the Middle East.