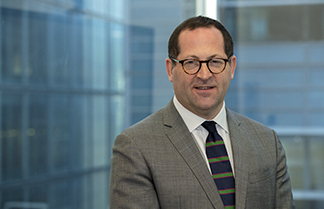 A U.S. citizen, Mr Strauss joined the EBRD from the Washington law firm Harris, Wiltshire and Grannis LLP, where he was a Partner.

Mr. Strauss has extensive commercial and development market experience. He began his career in 2001 in the London and Paris offices of the New York law firm Cleary Gottlieb Steen & Hamilton LLP. After five years, he joined the International Monetary Fund (IMF) as Legal Counsel. From the IMF, he went on to serve at World Bank Group’s Multilateral Investment Guarantee Agency as Senior Counsel.