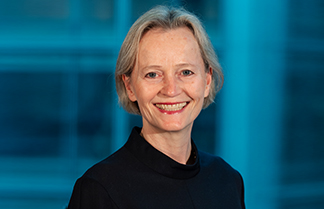 Annemarie Straathof joined the EBRD as the Vice President Risk and Compliance and Chief Risk Officer in December 2019. She is a member of the Bank's Executive Committee.

Her professional responsibilities also include leading the EBRD’s Crisis Management Team,  which managed through the COVID crisis and a series of geopolitical crises in the EBRD’s regions of operation, including the most prominent one – the current war on Ukraine.

In her role of the Chief Risk Officer she oversees EBRD’s environmental, climate and social risk management activities as its countries of operations transition to a low-carbon economy. Therefore, key focus areas for Annemarie are the impending global environmental and climate crisis.

Ms Straathof has a broad international experience working in risk management and finance. Ms Straathof worked at Rabobank from 1995 onwards, with executive roles in the Netherlands, United Kingdom, United States, Indonesia and the Republic of Ireland. She began her career as an options trader in Amsterdam. She rose to become Chief Financial & Risk Officer, and Deputy CEO, for Rabobank in Indonesia, and was then appointed Chief Financial Officer Europe in 2014 until joining the EBRD at the end of 2019.

Annemarie holds a BA English Literature of the University of Amsterdam and an MBA from Rotterdam School of Management/Erasmus University.