View location in Google Maps (external site)
We are currently in the process of moving to a state-of-the-art new building in London's Canary Wharf.

From 1 October our address will be:

Learn more about our move 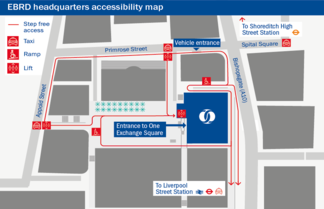