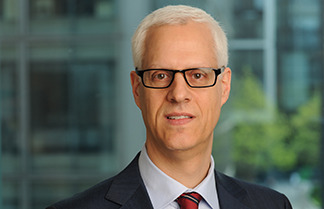 The group promotes strong partnerships between the EBRD and external organisations providing grant or concessional / investment co-financing resources. It manages around 200 donor funds, the Shareholders’ Special Fund and seven major international funds for nuclear safety and decommissioning programmes on behalf of more than 40 donor governments and the EU. It also oversees the EBRD’s engagement with EU institutions, the largest single donor, through management of the Operational Coordination Office in Brussels. The Partnerships pillar ensures: i) strategic alignment between a wide and diverse donor community and the Bank; ii) active and responsive relationship management with donors; iii) quality and efficiency in the Bank’s governance, management and use of concessional finance; and iv) broad and effective engagement with civil society stakeholders on the EBRD’s strategies, policies and projects.

Dr Rousso previously held the position of Managing Director, External Action and Political Affairs and Managing Director, Stakeholder Relations. Before that, Alan held several positions in the Office of the Chief Economist, including Director for Project Appraisal and Design and Director for Strategy and Analysis. In those roles he led the OCE’s work on structuring investment projects to achieve maximum transition impact, on developing the Bank’s country strategies and sector analysis, led the Bank’s research on governance and anti-corruption issues across the transition region.  He had also been a contributing editor of the Transition Report since 2003 and was lead editor in 2007.

Dr. Rousso joined the Bank in January 2001.  Prior to his arrival, he spent three years in Moscow as Director of the Carnegie Endowment’s Moscow Centre, and before that taught on the political science faculties at Dartmouth College, Cornell University, and Columbia University.  He has published and lectured widely on the political economy of transition in the post-communist countries as well as on Russian domestic politics and foreign/security policy.