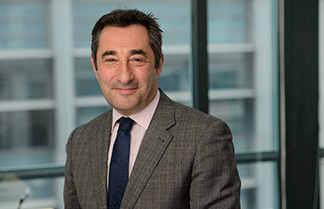 Jonathan came to the Bank after a long and distinguished career at the BBC, winning several awards for his journalism. As a BBC presenter and foreign correspondent, he had appeared on BBC1 and BBC World News television, as well as the BBC’s main radio channels.