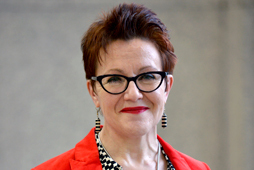 Rosie Goldsmith (Chair of the Judging Panel) is an award-winning journalist who specialises in arts and foreign affairs. In her twenty years at the BBC, she travelled the world and presented several flagship programmes. Rosie is a linguist and has lived in Africa, Europe and the USA. Today, she combines journalism with chairing and curating literary events and festivals for leading cultural organisations. Known as a champion of international literature, translation and languagelearning, she promotes them whenever she can. Rosie is the Founder and Director of the European Literature Network. She served as Chair of the Judging Panel for the 2018 and 2019 editions of the EBRD Literature Prize. www.eurolitnetwork.com 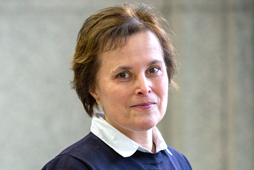 Vesna Goldsworthy is a novelist, memoirist and poet. She is currently a Professor of Creative Writing at Exeter University. She came to academia after a career at the BBC and she continues to produce and present radio programmes. Her first novel Gorsky (2015) was the New York Times Editor's Choice and has been translated into fifteen languages. Other notable works include: internationally best-selling memoir Chernobyl Strawberries (2005); poetry collection The Angel of Salonika (2011); and Inventing Ruritania: the Imperialism of the Imagination (1998), which is recognised as a key contribution to the study of Balkan and European identity. 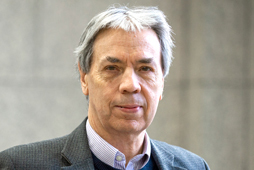 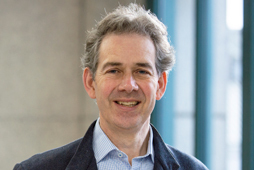 Thomas de Waal is a senior fellow with Carnegie Europe, specialising in Eastern Europe and the Caucasus region. He has authored numerous publications about the region, including: The Caucasus: An Introduction; Great Catastrophe: Armenians and Turks in the Shadow of Genocide; and Black Garden: Armenia and Azerbaijan Through Peace and War. Before joining Carnegie, Thomas worked extensively as a journalist in both print and for BBC radio. In the 1990s, he worked in Moscow for the Moscow Times, the Times of London, and the Economist, specialising in Russian politics and the situation in Chechnya. He co-authored (with Carlotta Gall) the book Chechnya: Calamity in the Caucasus, for which both authors were awarded the James Cameron Prize for Distinguished Reporting.